The ongoing occupation of Malheur National Wildlife refuge invites us to read – and listen to – some of what inspired the creation of America’s wildlife refuge system. Theodore Roosevelt composed American wildness, both in his naturalist writings and in ordering the protection of the landscapes that he so loved.“If the desert is holy,” writes conservationist author Terry Tempest Williams, “it is because it is a forgotten place that allows us to remember the sacred.” The armed occupation of a federal wildlife refuge by a group of anti-government protesters this week invites us to remember a forgotten place in Oregon’s high desert and to reflect on what is sacrosanct in the American experience.Malheur National Wildlife Refuge is not a blank place on the map to me; as an undergraduate student, I scraped paint on outbuildings at Malheur’s field station in exchange for board and an unforgettable week of birding and field natural history. Yet as the refuge floods back to me for the first time in years, Malheur – and indeed much of our public lands heritage – strike me as unremembered. How many Americans had never heard of Malheur – the crown jewel of the national wildlife refuge system – before armed protesters closed it to the people this week? And what number of us feel connected to the history and significance of its creation?Malheur is among the more than 280,000 square miles of federal land set aside by President Theodore Roosevelt as national parks, monuments, game refuges, and bird sanctuaries. “We are not building this country of ours for a day,” he wrote. “It is to last through the ages.”

Theodore Roosevelt understood the enormous energies that were being loosed in America. And he saw that among the things they could devour, these forces, if not contained, would be some of the irreplaceable beauties of the country.

George Will, “The Roosevelts: An Intimate History”

More than a century after Roosevelt’s conservation presidency armed protesters have closed down one of his creations, seeking a fundamental shift in the governance of our public lands. I won’t speak to the politics of this event beyond wishing for a safe and expeditious resolution. But I will take this opportunity to share some of what Theodore Roosevelt saw – and heard – in the American landscapes he felt compelled to protect in perpetuity.He wrote joyously about birds and their songs:Of snow buntings: 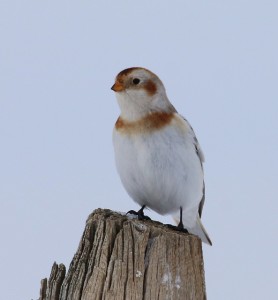 One of our sweetest, loudest songsters is the meadow-lark…the plains air seems to give it a voice, and it will perch on the top of a bush or tree and sing for hours in rich, bubbling tones…Its song has variety, power, and rich melody and there in it sometimes a cadence of wild sadness, inexpressibly touching 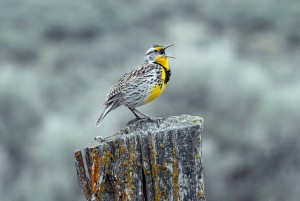 Of the mourning dove:

From the upper branches of the cottonwood trees overhead…comes every now and then the soft, melancholy cooing of the mourning dove, whose voice always seems far away and expresses more than any other sound in nature the sadness of gentle, hopeless, never-ending grief. 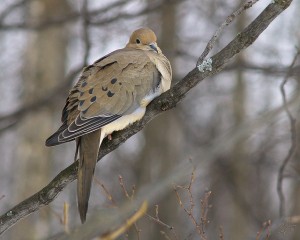 He wrote of the hermit thrush’s song: 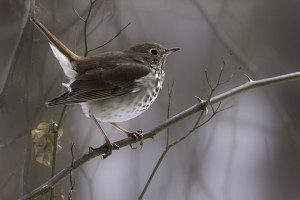 Of the “remarkable and almost amphibious little water-wren [American dipper]:

With its sweet song, its familiarity, its very curious habit of running on of the stream several feet beneath surface of the race of rapid water, is the most noticeable of the small birds of the Rocky Mountains. It sometimes sings loudly while half spread wings on the surface of a pool. 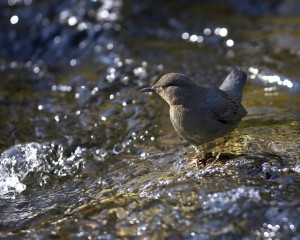 He wrote of the “wilder, harsher, stronger sounds of the wilderness”; the sage grouse: 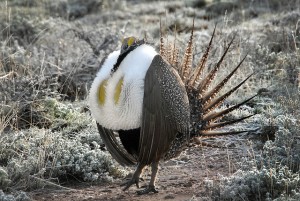 And of flights of geese and cranes:

The honking of gangs of wild geese as they fly in rapid wedges;…or the far off clanging of many sandhill cranes soaring high overhead in circles which cross and recross at an incredible altitude. 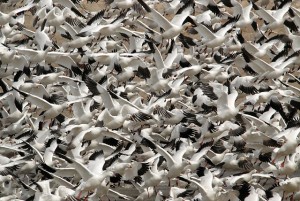 You can listen to more recordings – from national wildlife refuges, national parks, and across the American West – at acousticatlas.org.

The Acoustic Atlas is curated by the Montana State University Library and includes more than 2500 recordings of species and environments from throughout the Western United States. Our collection emphasizes the strong connection between natural sounds and regional ecosystems, and features a growing number of recordings from Montana and the Yellowstone corridor. Sounds are provided with the help of volunteers, researchers, and through collaborations with agencies like the National Park Service.