What is the sound of one bear sleeping?

The Acoustic Atlas is teaming up with the National Park Service to record sounds and interviews related to scientific research in Yellowstone National Park. NPS correspondent Jennifer Jerrett reports on her recent fieldwork for the publication Yellowstone Science. 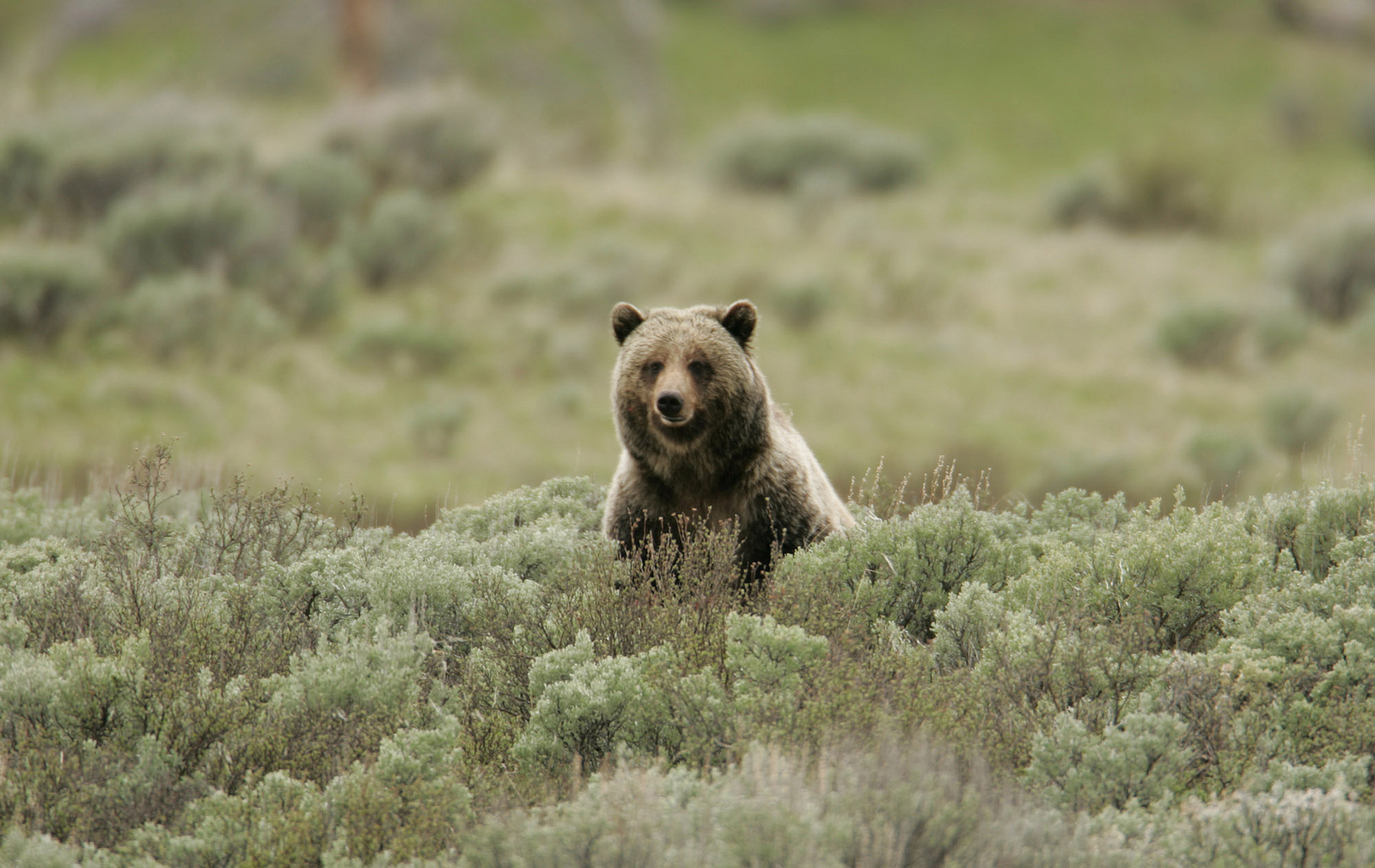 One of the year’s first brown bear sightings in Yellowstone National Park happened this past March. The bear had roused itself from its wintery slumber and, for a few nights, fed on a bison carcass at the edge of one of the ponds at Blacktail Lakes. I thought there might be a chance, if I got very lucky, to record the bear eating if I set up inside my vehicle on a pullout up above the ponds.

I arrived at Blacktail  Lakes around 11:00 p.m. and slowly eased  the vehicle into the pullout, trying not to disturb the bear down in the valley with the headlights. Throwing a sleeping bag over my lap and positioning the bear spray in the cup holder, I hung the microphone out the car window, put on my headphones, and waited…

I sat there in the vehicle listening to the rhythm of my own breathing for a minute or so until it dawned on me that the rhythm seemed a little off and what I was actually listening to was the grizzly breathing: the slow, steady, breaths of a resting bear. Surprisingly, there were no other cars traveling the road that night, so it was just me…and the bear…in the darkness…breathing—both of us probably feeling a little sleepy.

Coyote howls split the quiet of the night, bringing me squarely out my reverie. As the otherworldly reverberations faded away (my heart still pounding), I waited.

And then, there it was. The bear roused. I heard some soft shuffling of bear feet on last year’s grass, a pause, then the squeak, snap, and crack of bones…followed by some very crunchy chewing.

It’s easy, especially listening to a recording like this, to think of grizzly bears only as fierce carnivores; “red in tooth and claw.” But it might surprise you to learn that a recent literature review indicated that Yellowstone grizzlies are stunning generalists when it comes to food.[1]  They are the ultimate omnivores of the Greater Yellowstone Ecosystem (GYE), eating more than 266 species in 200 genera from 4 different kingdoms (Plantae, Animalia, Fungi, and Protista). The study found that grizzlies consumed at least 36 species of invertebrates and 24 of those were different species of ants! In fact, ants are one of the very few species documented in every GYE grizzly bear scat-based diet study from 1943-2009. Even more surprising, one soil type was also a documented food source. Scientists are still unsure why grizzlies eat geothermal soils, but one hypothesis is that since the soil contains high concentrations of potassium, magnesium, and sulfur, it may serve to restore mineral deficiencies.[2]

Learn more about Yellowstone grizzlies on the Yellowstone National Park website, and keep your eye out for the bear issue of Yellowstone Science coming out later this fall.