Capturing a vanishing voice in Wyoming 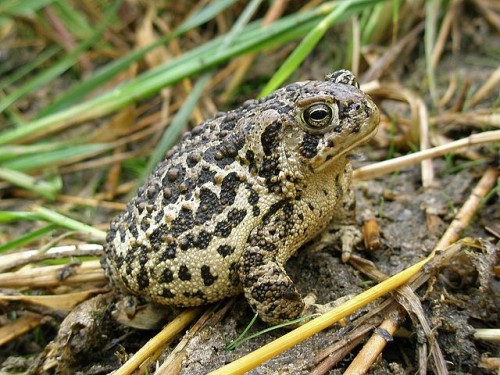 Federal biologists had told us that there might be as few as 50 Wyoming Toads remaining in the wild. The chances of finding one would be slim. We hoped to make a recording, which was something else entirely.

We had received special permission from the US Fish and Wildlife Service to visit a small sanctuary in southern Wyoming. Mortenson Lake National Wildlife Refuge is a former cattle ranch and home to the Wyoming Toad, the rarest and most endangered amphibian in North America.

Once common on the floodplains of Wyoming’s Laramie Basin, these toads began declining rapidly in the 1970s. Biologists point to any number of causes ranging from habitat loss and climate change to pesticides and disease. No one is entirely sure of the reason, but by the 1980s, the damage had been done and the population was thought to be extinct. 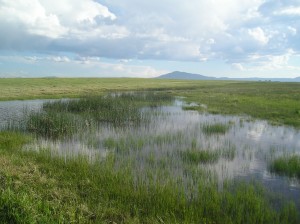 It is a story that is being told over and over throughout the world. According to the IUCN, more than a third of all amphibian species are now threatened with extinction. The Western United States is no exception. Scientists say the majority of the nation’s threatened frog and toad species are found west of the 100th meridian.

The Wyoming Toad was thought to be an early casualty of this crisis until a population was discovered in 1987 on what is now the Refuge. Over the years, through captive breeding efforts, Fish and Wildlife has re-introduced a small population there, and I teamed up with fellow sound recordist Kevin Colver for two separate recording trips in May and June. The Refuge is closed to the public, but we received permission to visit the site as part of our work for the library’s Acoustic Atlas.

The odds were against us. Only the adult males of the species call, and if the population was as low as the biologists suspected, we would be lucky if 20 to 25 toads on the entire 1,776 acre site would make any sounds at all.

Kevin visited the site first at the end of May. To everyone’s relief, the toads were calling. And not just a handful as we were expecting. Kevin was able to quickly locate several groups scattered across the refuge. He made many hours of recordings over several days and ultimately identified about two-dozen individual callers—good news that we shared with biologists.

I was able to visit the Refuge the following week. Despite some ominous looking weather in an area known for high winds and severe thunderstorms, conditions were calm and several toads were already singing when I arrived. I zeroed in and set up near one of the strongest callers.

I pushed the record button and moved away from the microphone to listen.

Click here to listen to Wyoming Toads on SoundCloud

Many efforts are underway to save the Wyoming Toad, including a large number of captive breeding projects and a recently renewed recovery plan, but could I be sure that I would ever hear these animals in the wild again? With so few left, could anyone really be sure?