Acoustic Atlas: The Toads of Trinity: Witnesses to the Atomic Age

Acoustic Atlas and the Toads of Trinity was featured on National Public Radio's program Here & Now.  You can listen to the episode by clicking here. 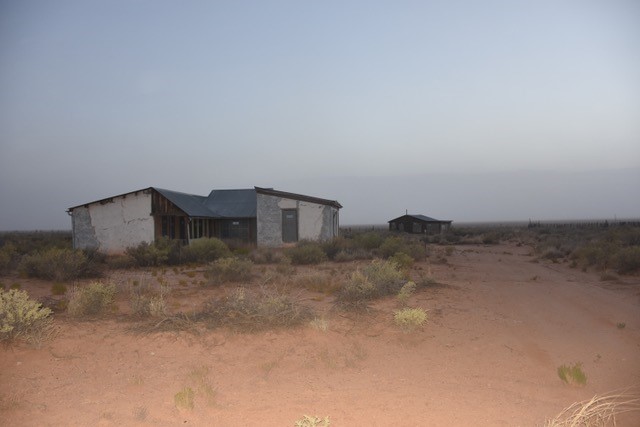 They were all there. Robert Oppenheimer, the father of the bomb. Edward Teller, the original Dr. Strangelove. Enrico Fermi, creator of the first nuclear reactor, was taking bets on whether the blast would ignite the atmosphere and destroy the world. The scientists were waiting, nervously, for the morning to come.

Robert Oppenheimer’s brother Frank couldn’t sleep. He was listening to the strange sound coming from the edge of the Trinity camp in New Mexico on July 15, 1945, the night before the atomic test. The world was about to enter the atomic age and Frank Oppenheimer was thinking about... frogs.

It had rained that night, and “All the frogs in that area,” he recalled “had gathered in a little pond by the camp and copulated and squawled all night long.”

What Oppenheimer called frogs were desert toads that were drawn up by the monsoon rains of July. These toads had spent much of their time burrowed underground to avoid the intense heat. When the rains hit they started a mad dash to procreate, calling and hopping through Trinity camp, oblivious to history or the designs of science and war.

“There is a kind of funny significance,” Frank Oppenheimer told an interviewer in 1973 about the toads. “The only living thing around there, coming together. I mean...everything was full of import.”

The next day, scientists would successfully test the first atomic bomb. Within several weeks, the new bomb would be used to destroy the cities of Hiroshima and Nagasaki, killing an estimated 200,000 people and plunging the world into a nuclear arms race that continues to this day.

Two years ago, I traveled to the Trinity site at White Sands Missile Range in New Mexico. It was the middle of July and I had special permission from the Army to come to a small patch of ground called Base Camp where I would be allowed to wait for darkness and listen.

It would be one of several trips I would take here as part of my work for the Acoustic Atlas at Montana State University. For the past few years I have been recording natural sounds from around the Western United States, including many frog and toad species.

Base Camp was the default location for watching the Trinity explosion, and it sits about ten miles from ground zero, the site of the blast.

On the night before the test, there were several hundred people here, but today the place is quiet. There are a couple of crumbling ranch houses, a few barbed wire fences and a large water tower. Next to that is a large earthen tank that sometimes fills with rain water (and presumably toads).

Would it be possible, I wondered, to hear the same sounds that the scientists heard at Base Camp? Were the toads still there? No one could tell me for sure. Historians have written much about what happened in the leadup to the Trinity test, but little has been said about the toads that sang us into the atomic age.

Biologists I spoke with strongly suspected that the descendants of the original toads still remained, but the only way to know for sure was to visit the site myself.

Despite more than 70 years and countless military exercises since the Trinity test, the land around Base Camp itself is mostly undeveloped and much of the natural landscape of the 2.3 million-acre White Sands Missile Range has been preserved. That is good news for the toads, but the one thing that I would need for success would be rain.

This part of the Chihuahan Desert averages 8 to 9 inches of rain per year, and according to Doug Burkett, a biologist here, some of that rain would have to fall right at Base Camp if I was going to have a chance of hearing the same species — and same sounds — that the scientists did in 1945.

“It’s not like these huge blanketing monsoons cover the whole [desert],” Burkett told me. “If you’re in an area where that rain event happens, you’re going to have toads coming out your ears. But eight miles up the road, there might not be a single toad that comes out all year long.”

Last summer, at the height of the monsoon season, I finally received the words I was hoping to hear. It had rained at Base Camp.

I caught a plane from my home in Seattle to Albuquerque and drove more than a hundred miles south to the missile range. It was August 1st, 2017 and the ditches around base camp were full of tadpoles. The toads were still there.

I waited for darkness and the sound started faintly from the edge of camp. By midnight, the sound of green toads (Anaxyrus debilis) had risen to a scream. [Link to: http://acousticatlas.org/item.php?id=2618]

I saw several species of toads that night that were basking in the chocolate-colored water in the ditches. Most of the calling was already done, but according to natural history reports there could have been as many as five different species of toads here after the rain in 1945.

For now, Base Camp is a time capsule. As long as the rain comes, the toads will continue to call. But that may not be the case for much longer. Reports say the desert is slowly drying up. Climate change is reducing habitat throughout the Range and across the desert adding a new challenge beyond atomic bombs and mortars. The Toads of Trinity are still calling, but for how long?